How to celebrate World Turtle Day…

World Turtle Day was started in 1990 by the American Tortoise Rescue organization to help people celebrate and protect turtles and tortoises and their disappearing habitats around the world.   At the Taunton River Watershed Alliance (TRWA) we like to celebrate World Turtle Day the best way possible, by releasing head-started threatened Northern Diamondback Terrapins back into the wild. 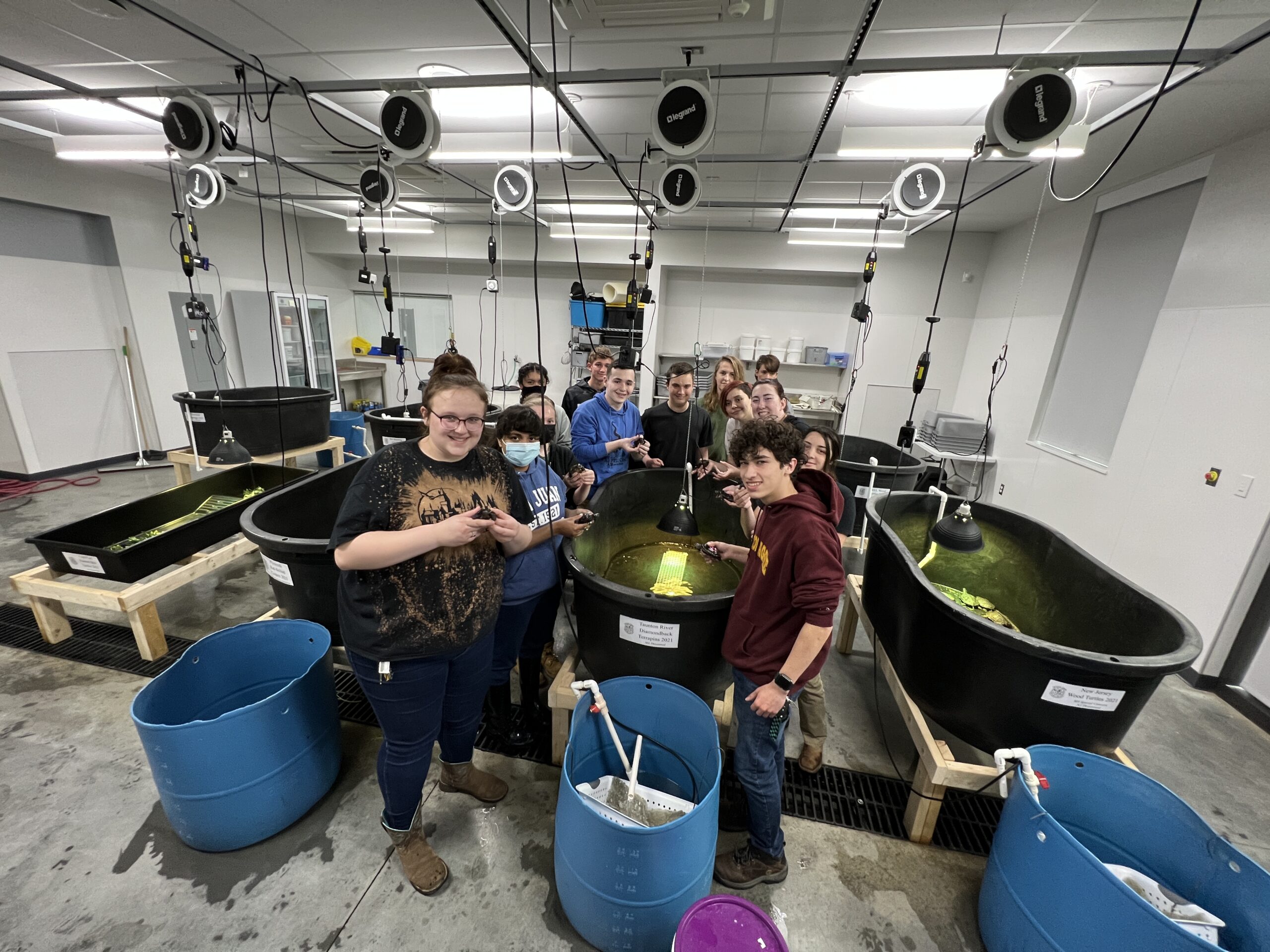 The TRWA is working with the MA Division of Fisheries and Wildlife to conduct a population study: a multi-year project looking at the numbers, age and distribution of the Diamondback in the Taunton River Watershed.  All work is conducted under a State Endangered Species Permit and will ultimately help the State manage and conserve this threatened species.  This spring will be the seventh year that TRWA volunteers have collected, documented, tagged and released individual Diamondback Terrapins in the Taunton River Watershed.  To date, 299 terrapins have been tagged.  For the last two years, two private property owners have allowed TRWA volunteers access to their land to collect and tag females after nesting.   In 2021, four nests were screen protected to prevent predators from eating the nests.  Half of the hatchlings that came from those four nests were released in August and the other half were sent to be head-started at the Natural Resources Management (NRM) Department at the Bristol County Agricultural High School (BCAHS.)

Head-starting is a conservation practice that helps dwindling turtle species.  Eggs or hatched young are raised for a season in artificial, protected conditions to give them a “head start.”  When released, they are often large enough to escape any further predation. 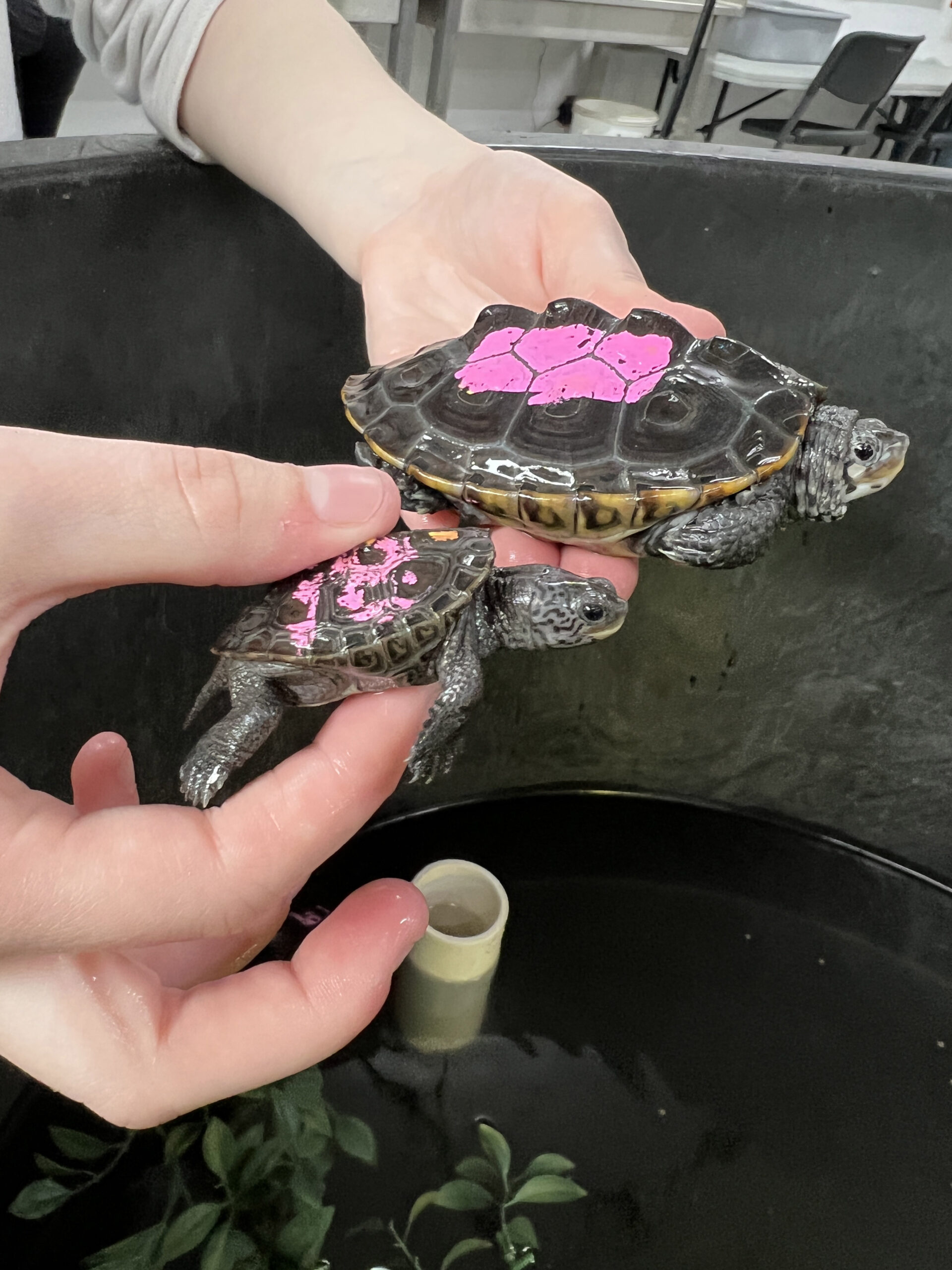 These turtles believe it or not are the same age

At BCAHS, the 19 hatchlings were assigned to NRM Head Start project managers Grace Jackson, Faithanne Lackie, and Shanna McCarty.  Wild Diamondback Terrapins normally spend the winter in a semi-dormant state.  But Jackson, Lackie, and McCarty spent all of their senior year trying to trick the hatchlings into thinking it was summer and eating as much as they possibly could.  Faithanne Lackie, who will be attending Bridgewater State University in the fall, said the greatest challenge was the unknown.  The three girls could tell several head starts were ailing. Despite their attempts to change temperatures, diet, and care, four terrapins died. Shanna McCarty, who will be studying to be a Water Quality Technician at Bristol Community College, said they didn’t know whether it was illness or infection or malnutrition.  She holds up a tiny terrapin with the number 18 painted on its shell with bright pink nail polish.  Its as small as the day it arrived and clearly has not responded to all their doting care.  Right next to number 18, Grace Jackson, who will be studying Marine Biology and Aquaculture/Aquarium Science at Roger Williams University in the fall, holds up #1, which has thrived and is as big as her fist.  “It was exciting getting to watch them grow.” 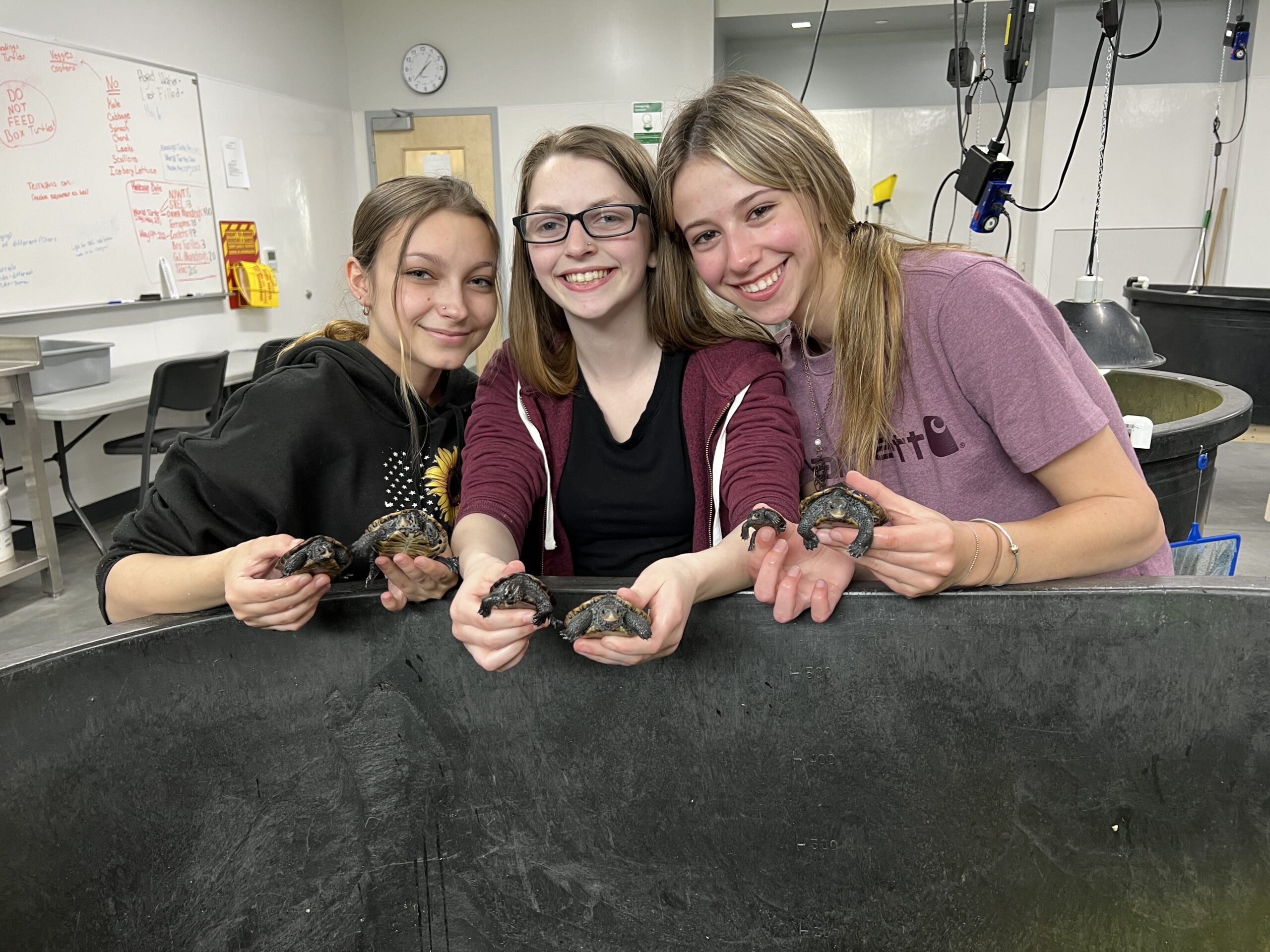 On Friday, May 20th, National Endangered & Threatened Species Day, the three girls packed up their charges in bins with damp burlap to be sent back to the beaches where they hatched.  They were joined by fellow NRM students, TRWA Terrapin Study volunteers, and the private landowners to send 5 of the head-start terrapins off.  On Sunday, the 22nd, the remaining 9 were released in a second location.  Head-start #1 and #13 were big enough to be pit tagged.   Will #1 and #13 survive to return in seven years to lay a nest where their mother did?  Many of the volunteers that day hope so. 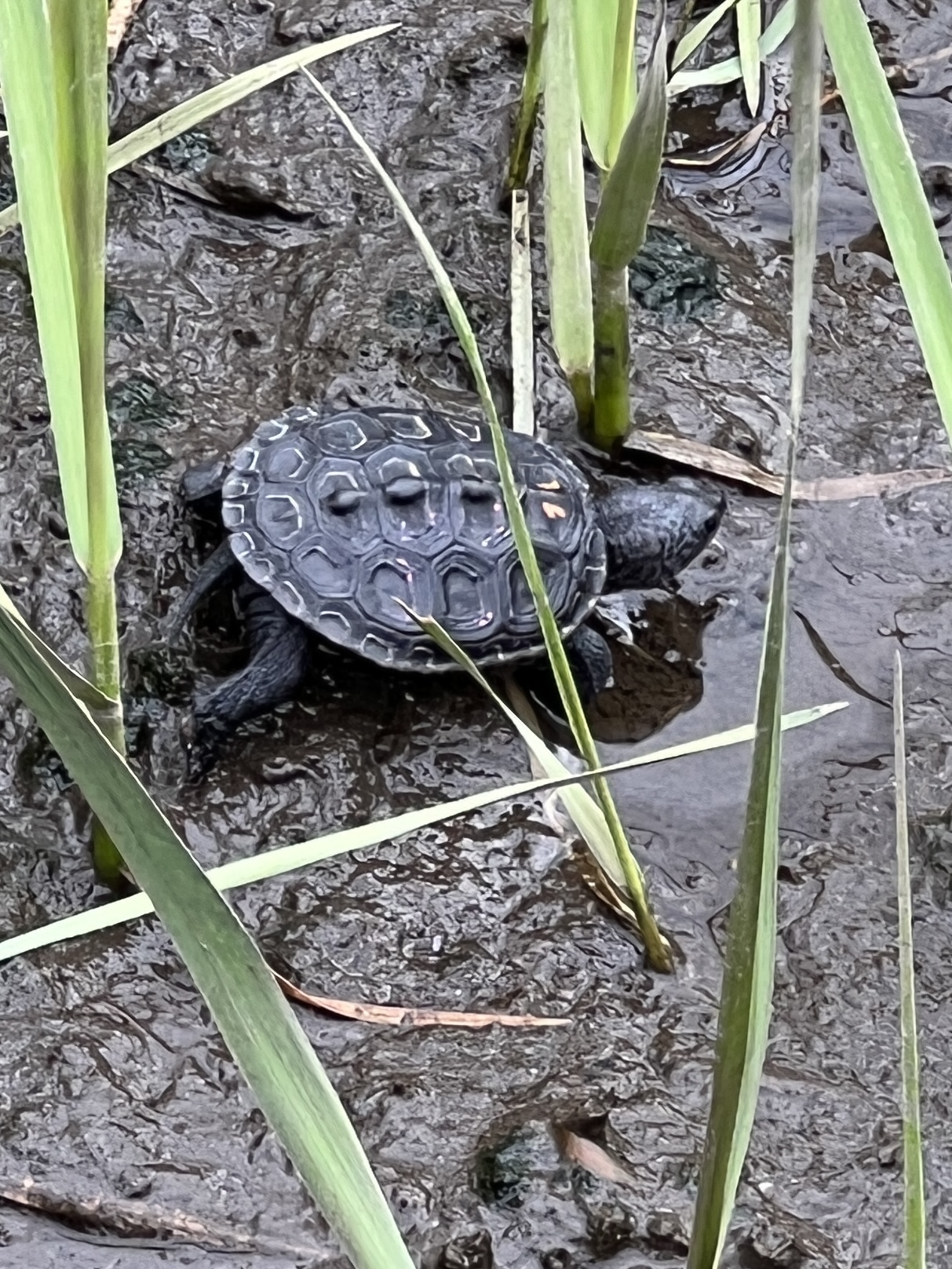 Click here for a short video clip of one of the newly released head starts doing what Diamondbacks do best: IMG_3147